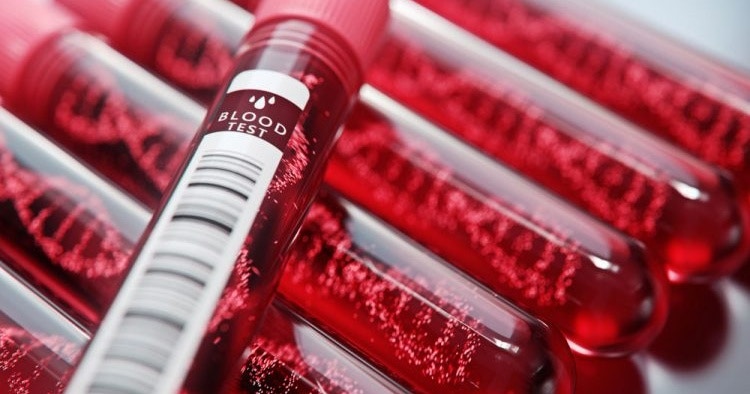 Happily, most pregnancies will result in normal babies. However genetic problems can and do occur for no reason other than bad luck. For many years tests have been available to check early pregnancy for common genetic problems. This is often referred to as “Down syndrome screening”, although it can check for a number of genetic problems, and is widely available to all pregnant women. Non-invasive prenatal testing, or NIPT, is the newest and most accurate technique for genetic screening in pregnancy.

What is Down syndrome?

Every cell of our bodies contains 21 pairs of chromosomes. These chromosomes carry thousands of genes in DNA which contain all our genetic information. Down syndrome occurs when an individual has an imbalance of genetic material because of the presence of an extra chromosome in the number 21 pair. The other name for Down syndrome is Trisomy 21. Babies with Down syndrome can have a range of problems. They will have intellectual disability of varying and unpredictable degrees of severity. They may have some physical disabilities, which commonly include abnormalities of the heart, kidneys and bowel.

Why does Down Syndrome occur?

In Victoria, approximately 1 in 700 babies will be born with Down syndrome. In most cases it occurs because the egg involved in the formation of the embryo carried an extra copy of Chromosome 21. As a woman ages, the proportion of eggs with abnormal chromosomes increases, so the risk of Down syndrome increases with her age. However Down syndrome can occur in pregnancy in women of any age.

Can I tell if my baby will have Down syndrome?

The only way to be certain and to diagnose that a baby does or does not have Down syndrome is to check the genetic information within cells from the baby or the placenta. Currently the most accurate way to do this is by either an amniocentesis, which is when a needle is used to collect some amniotic fluid from around the baby (which has fetal cells floating in it), or by a chorionic villous sampling ( CVS) when the needle collects some placental tissue (which develops from the same cells as the baby). As these tests both involve passing a needle into the uterus they are commonly called “invasive tests”. While these tests will give definite answers, they carry with them a small risk of complication, including miscarriage, of approximately 1 in 150- 200. Seeing there is the risk associated with these procedures, screening tests have been developed to allow people to get an idea of the risk of Down syndrome for their pregnancy and whether they may even avoid an invasive test.

Screening test for Down Syndrome

A Down syndrome screening test is a test that does not carry any risk to your pregnancy. It collects information about your baby, and gives a guide as to how likely it is to have Down syndrome in the current pregnancy. This is expressed as a “risk of Down syndrome”.

NIPT is the newest genetic screening test available and is a very accurate way to screen for Down syndrome without risk to the pregnancy. It is performed from a blood sample taken from the mother at, or after, 11 weeks of pregnancy. NIPT is based on examining genetic material that comes directly from the pregnancy. After the egg is fertilised by the sperm to make an embryo, the cells continue to copy and divide. Some of the cells will become the baby and some cells will become the placenta of the baby. So the baby and the placenta have copies of the same genetic material. During pregnancy, some of the placental cells pass into the mother’s blood stream and release their genetic material ( DNA) into the mothers blood. Using special genetic techniques this pregnancy DNA can be identified and the amount of the chromosomal material can be measured. This way it is possible to identify common chromosomal problems in the baby. This test looks for an extra chromosome 21, Down Syndrome (Trisomy 21). It will usually also check for Edwards syndrome (an extra chromosome18) and Patau syndrome (an extra chromosome13).

The NIPT result is reported as either “low risk” or “high risk”.

A low risk result will identify a normal pregnancy correctly 99.95% of the time. The test can also tell you the sex of your baby if you wish to know. Just as importantly, the NIPT has a very low rate of giving an incorrect result, that is of incorrectly saying the pregnancy is abnormal when it is not or of saying that it is normal when it isn’t.

NIPT a very good screening test but it is not 100%. This means that if the test result is “high risk” it still needs to be checked using an invasive test (either CVS or amniocentesis).

NIPT is available to all women in Australia but as yet is not funded through the medicare system. Not everyone will decide they want to have testing for genetic problems in pregnancy- it is a matter of individual choice. These tests are available and will likely be offered to you by your doctor. As with all tests in pregnancy it is important that you understand what they are for, how they are performed and what the result will show. In this way you can make an informed decision about having the tests that are right for you. 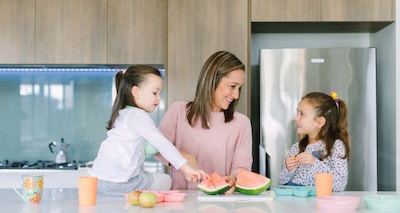 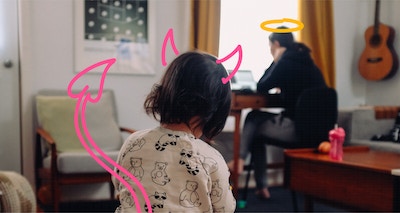 How to juggle working and parenting through Coronavirus 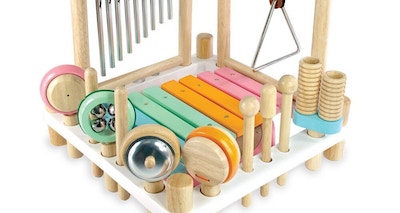 How do you know if Wooden Toys, or those made in China, are safe?